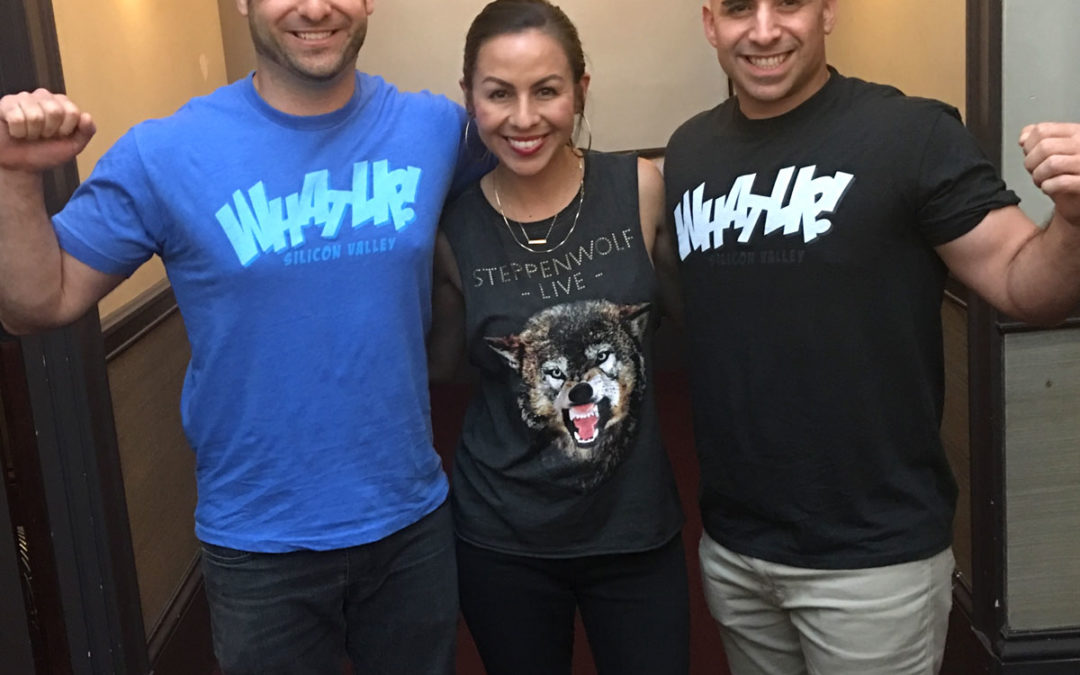 World Famous comedian, Anjelah Johnson, sat down with Sam & Serg to give Silicon Valley locals a behind-the-scenes look into what keeps her motivated… and we mean “behind-the-scenes” – this pod was recorded backstage at the San Jose Improv right before Anjelah stepped on stage to perform.

Thank you to our sponsors!
– Ike’s Sandwiches (rate/review the pod and tag us on social @WhatUpSV to be entered in a chance for a FREE sandwich)
– Free Audible trial (use this link)
– Silicon Valley Business Journal
– Silicon Valley Capital Club

Background on Anjelah (pulled from Anjelah.com)

Anjelah was a professional cheerleader for the Oakland Raiders. As an Oakland Raiderette, she was named Rookie of the Year and even performed in Super Bowl XXXVII. After that year she decided to move to Los Angeles to pursue her dream of acting.

She became an internet sensation with her viral video, “Nail Salon” which led to many stand up, television and film opportunities. That same year she joined the cast of, “MADtv” as a series regular, which spawned another internet sensation, “Bon Qui Qui.” This original character, a disgruntled fast food employee with no filter, has been enjoyed, viewed and replicated by over 65 million people worldwide. After recording and releasing 3 songs and 2 music videos as Bon Qui Qui, Anjelah signed a record deal with Warner Bros. Records to release a full album titled, “Gold Plated Dreams”, which She’s toured twice selling out both times. Bon Qui Qui teamed up with Benefit Cosmetics for her third music video “This Is How We Do It”. After the success of her debut album, Bon Qui Qui released a Christmas EP titled “Merry Hoodmas”.  All the songs are available on iTunes and the videos are currently on YouTube.