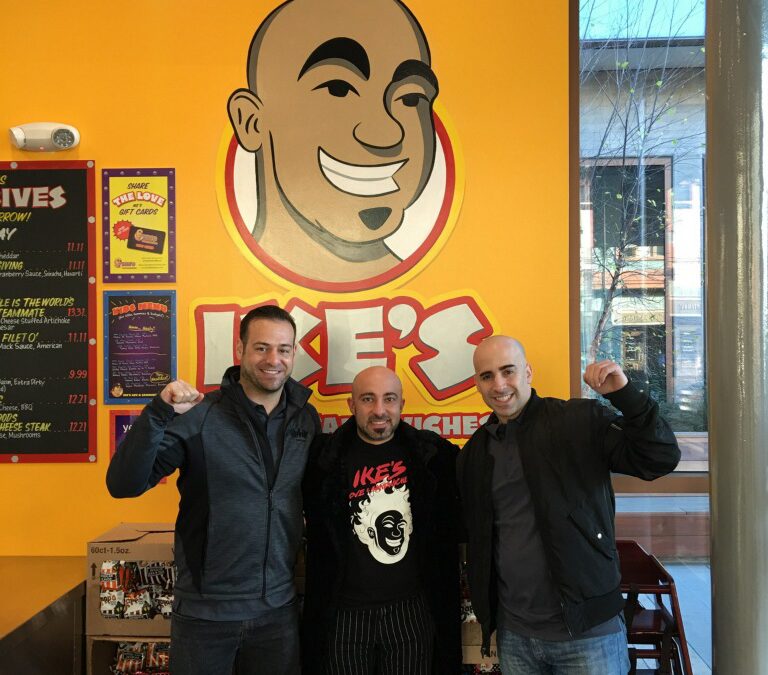 In its humble beginnings, Ike’s Love and Sandwiches started on 16th and Mission amongst the bustle of San Francisco. Now, with 40 locations and a new partnership with NFL player, Marshawn Lynch, Ike Shehadeh is taking over the west coast one dutch crunch at a time.

The sandwich mogul started his rocky journey as a real estate agent, which he admitted, was not his calling. Shehadeh liked to work on his own time, and be his own boss, so real estate became his initial plan. Although, through his love for sandwiches and passion for customer service, Shehadeh changed the fate of his career and the city’s taste buds through his first shop, Ike’s Place. There he would create loyal customers through the irresistible flavors of his sandwiches.

Now a Norcal staple, it feels as if the Bay has adapted Ike’s as its own. The grassroots beginnings and word of mouth advertising of Ike’s Love and Sandwiches became a legend amongst Bay Area culture and natives cannot get enough- San Jose alone has five locations to itself. Shehadeh has changed the game through his loyalty to Northern California’s culture and unique marketing approach; he has several sandwiches named and created by renowned Bay Area athletes, Stephen Curry and Madison Bumgarner being a couple of notable ones. Ike’s is also exclusively west coast, with its farthest location being in Tempe, AZ. Shehadeh made being local his brand, and it worked.

With a new location in the glitzy Santana Row, Ike’s Love and Sandwiches has truly expanded past its days as a sandwich stop shop. Shehadeh now has made over 700 sandwich combinations, his sandwiches have been featured in the popular Food Network show, Man vs. Food, and he has created a following of customers begging for the expansion of Ike’s into the east coast.

There is something truly remarkable about Ike’s Love and Sandwiches that is more than just its taste- the brown paper bag, the caramel apple lollipop, Ike’s face on the logo with his always welcoming smile- perhaps Shehadeh has created the perfect formula on becoming a Bay Area classic.

5:56: The making of a celebrity sandwich

12:17: “I had the desire to move up, and I wasn’t feeling fulfilled working for other people.”

18:00: Ike’s culture- getting away from the streamline

17:58: “I guess it’s not about the food, ‘cause there’s a lot of great talent out there- I think the main thing that separated Ike’s from other restaurants and other sandwich shops specifically, is that, we actually care.”

20:53: What sets Ike apart from other businesses? Love.

21:03: “When people ask what’s the difference between Ike’s, and any other business- not even just limited to sandwich places- is that we put in the love.”

28:03: The Santana Row location and the partnership with Marshawn Lynch

32:25: The ambassadors who fueled Ike’s sandwiches

36:15: The science behind creating new flavors

43:11: “I have an amazing team. I can trust them if I disappear for a whole year- I’ll come back in one year and they’ll probably have 45 locations with just as much buzz, just as much love, and just as much great customer service.”

48:36: Giving back to the Ike’s employees and handing customers the choice