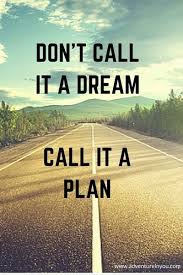 If you’ve been following our podcast or know me pretty well, then you know I spend far too much time on Fantasy Football.

Sergio and I just released a Podcast we did with Jeff Ratcliffe from Pro Football Focus. We called this a “BONUS” Podcast because Jeff lives in Philly and really has no connection to Silicon Valley whatsoever. As you may know our Podcast is all about Silicon Valley and specifically the South Bay that oftentimes gets ignored. However, we had to make a special exception for Mr. Jeff Ratcliffe.
AND the reason is simple… Jeff is one of if not the main inspiration for our Podcast (WhatUp)…

See, I have a routine… I wake up at 6am everyday and at 7am PST Jeff goes live on the SiriusXM Fantasy Football channel. I usually get to the gym a little before 7 and I try to listen to a business podcast of some sort or self help pod during my workout. Although oftentimes after a long night out of networking; I’ll treat myself and listen to Jeff’s pod at the gym.
SIDE NOTE: This is a great little trick to do… I rarely ever miss Jeff’s morning show; usually I’ll listen to his show on the SiriusXM app OnDemand at some point in the day. But, I really love starting my day with a business or self help pod because it gets my mindset ready to attack the day with an enthusiasm unknown to mankind. The days that I start off with Fantasy Football I feel like I end up thinking and researching football too much during the day. So, I really try to make the time I dedicate to football during a business day a reward. It’s little wins like these that can bring so much happiness to me in during the day (funny, right?!)
Anyway, back to the story here…

Sergio and I often disagree – almost about everything, LOL. I think that’s why we work so well together which is totally counter intuitive. Although when it comes to Football we actually see eye to eye. Moreover, I was shocked to hear that his favorite analyst as well was Jeff Ratcliffe. So, we for sure have that in common. We never really set out to get Jeff on the show, but when we initially were talking about our inspirations this is when we realized we both loved Ratcliffe’s show. As you probably know, my faithful reader, I actually came to Sergio with the idea of doing a Podcast. I really turned the corner in listening to talk shows rather than music because of my routine of listening to Ratcliffe. From there, I discovered unScripted which is a promotional products industry based Podcast, and Jessness which is a show for young professionals wanting to advance in their career (and a good college friend of mine as well). I’d definitely say these 3 shows were the inspiration for launching the WhatUp Silicon Valley Podcast.
Let’s examine further…

1.) unScripted: At the time of discovering this podcast I didn’t really know the two co-hosts. I’ve heard of them and had seen them speak at industry events (and exchanged small pleasantries). BUT, I didn’t really know them. I loved their podcast because it was so natural and effortless, I felt like I have the same conversations with Sergio and that we could record something similar. The funny part about all of this, is through my journey of podcasting NOW I consider Kirby & Bill (the co-hosts) two of my best friends and mentors in the industry. Funny how that works.

2.) Jessness: Jessica Smith and I were friends at Chico State but didn’t really stay in touch after college. Sometime in 2016 I found out she moved to the South Bay and we re-connected a bit. Through social media (and after Jeff’s and the unScripted pods) I found Jessica’s podcast. At the time I was just on a journey to find any podcast that I could relate to. I really love her podcast for a similar reason to unScripted because it’s real and authentic. Jess gives great career advice and really her target demographic is employees. I’m an employer, so I couldn’t really relate that well to her pod but I do pick up some great nuggets as I now see things from a different perspective (the employee trying to advance in their career). I remember several conversations with Jess about me wanting to do a pod and she was extremely encouraging. Most awesome part here… Jess is joining the WhatUp team and will have her very own weekly show on the WhatUp channel come January 1st, 2018.

3.) Jeff Ratcliffe: You probably don’t know who he is, unless you’re a fantasy football junkie. Put it this way, if you love football you know Adam Schefter and Ian Rapoport. If you’re into fantasy football you likely know the name Mike Clay and/or Matthew Barry. These are just a couple mainstream names. I feel like Jeff flys under the radar in the mainstream, however, his take on football (and life) in general is so easy to relate to. I think that’s what really drew me to his show. Some hosts on the SiriusXM Fantasy Football channel come across as know it all’s and just are annoying. Jeff is legit tho, don’t be fooled. He’s the Director of Fantasy at ProFootballFocus (PFF). PFF has such great data that nearly all the NFL teams use their data to scout and prepare for games. Need I say more? Chris Collinsworth… you know that name if you’re a football fan. Well, that’s his boss. Jeff is legit.

I don’t even know how to put it into words that we are so well connected with 3 of our biggest inspirations… just grateful – that is all.

Morale of the story: GO AFTER IT. Do not sit on the sidelines. That side hustle you been dreaming about? That race you’ve wanted to prepare for?
Whatever it is, NOW is always the time. NOW is always the answer.

I hope this read inspired you to get up, and get going. In the end everything will pay off. Put in the work.

To listen to our most recent “Bonus” podcast with Jeff Ratcliffe, just click here.

Swag On,
Sam AKA SwagSam