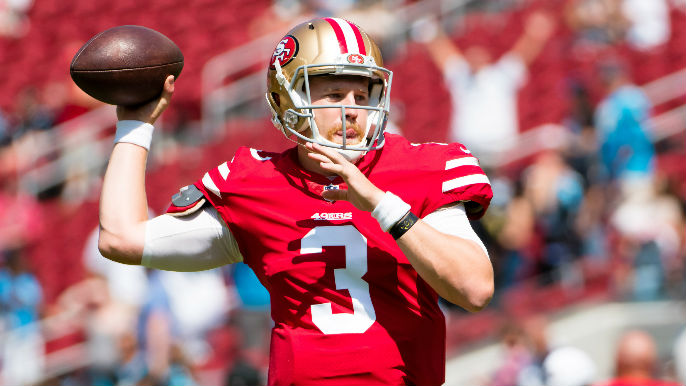 It’s here, the fourth quarter of the NFL season. A lot of NFL teams look at the season just like a game… quarters. There’s 4 quarters in a game and the NFL season has a total of 16 games. If you divide the 16 games by 4, it’s easy to see that Week 4 means we’re finishing Q1 of the NFL season. So, what have we learned so far?

Mahomes is a QB1, but Fitzpatrick is THE QB1. Shocking… some saw the break out for Mahomes coming but no one would have called Fitzpatrick being the top fantasy player in the first 3 weeks of the season. On top of that we’ve seen plenty of injuries just like recent years. Staying on the QB theme – us 9er fans are devasted to see Jimmy G out for the season and Aaron Rodgers owners everywhere are dissapointed that he’s been hobbling around since week 1’s injury.

What’s to come in Week 4? Here are our local experts BOLD PREDICTIONS for the final week of the first quarter of the NFL Season…

Andrew Palmyra of Scott’s Seafood
“Patriots continue their downward spiral from the top and lose again. Dolphins stake their claim as the team to beat in the AFC East… once again.”

Sergio Oliveri of Oliveri Graphics
“CJ Beathard will throw over 200 yards and 2 TD’s!”

Sam Kabert of ValueBP Marketing Group
”After collapsing against the Bills last week the Vikings pull it together and win on Thursday Night Football under the bright lights taking down Sean McVay’s high flying offense.”

Anthony Daoud of Amy’s
“This week, CJ Beathard’s 49ers throws for more yards and touchdowns than Garropolo has in a game this season. Also, I think I missed Antonio Calloway’s WR1 performance by one week.”

Palvinder Jagait of Playground Pictures
“Tyler Boyd follows Vontae Davis’ lead from week 1 and decides to quit on his team and retire at half time” (says a bitter fantasy owner for not bidding enough to get Boyd on his team.