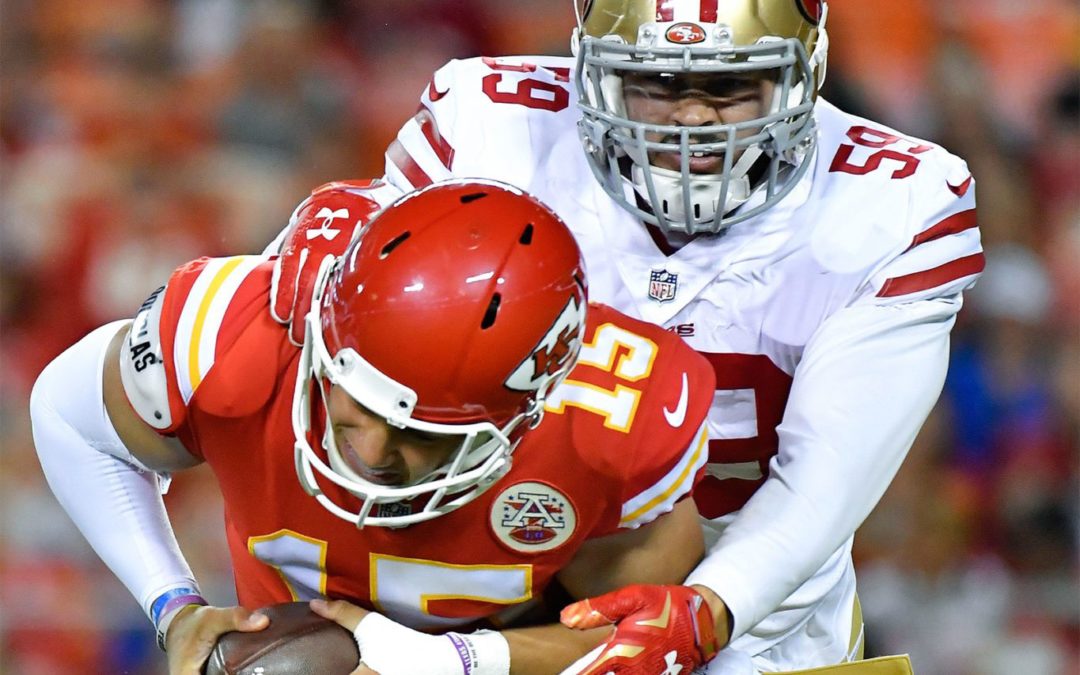 Week 2 was a rough start for our inaugural weekly BOLD PREDICTIONS with our local “experts”. We had some bold calls like Ted Ginn outscoring Michael Thomas, a local homer pick for the 49ers that didn’t work out, and even a sarcastic obvious pick that cost one “expert” a negative point in the rankings. The waiver wire didn’t offer much for fantasy owners with the hottest names being Gio Bernard, Corey Clement and taking a swing on rookie Browns WR Antonio Callaway.

As we gear up for Thursday Night Football to officially kick-off week 3, fantasy enthusiasts everywhere anxiously await to see who might continue their breakout (Mahomes, Fitzmagic, Thomas to name a few) and who might finally justify their draft price (sorry David Johnson owners).

Check out the takes below and let us know what you think!

Andrew Palmyra of Scott’s Seafood
“The Cleveland Browns win their first game since December 24th, 2016. The dawg pound is about to be unleashed!”

Kevin Cesario of C&C Property Management
“Tampa Bay vs. Pittsburgh: Over / Under is 53.5 – it’ll be way over! Steelers will win but it’ll be a wild west shoot out in the process”

Sam Kabert of ValueBP Marketing Group
Sony Michel hits paydirt in his second career game and Patrick Mahomes throws his first interception as a pro against the 49ers!”

Anthony Daoud of Amy’s
“Antonio Callaway has a WR1 week”